It’s a well known fact that women love jewellery and when the jewellery is of big brands like Tiffany’s and Buccellati. It enhances the beauty of a woman and makes her look more gorgeous and pretty. Here we are discussing the 10 popular designer jewellery brands in the world.

Hermes:-
Hermes is a french fashion brand founded in the year 1837 by Thierry Hermes. It is headquartered in the fashion capital of the world Paris, France carrying the legacy of fashion to the world. It is one of the renowned Jewellery and luxury Fashion Brand.

Tiffany’s & co. :-
Another name on the top of the list is Tiffany & Co. The brand that has been known for years. It started its operations years back and present in the market Since 1837 and still maintains that trust amongst the Customers. Its headquarters is situated in the heart of the New York city.

Chanel:-
Another well known brand which has its headquarter in New York is Chanel. It started its business in 1909 and within the short span of time; it becomes the popular jewellery brand in the world.

Chopard:-
Chopard the most lovable brand of women if they are especially looking for designer jewellery. It had its root in the past i.e. started its business in 1860 and Its headquarters is established in the city of Geneva.

Harry Winston:-
When we talk about celebrities style statement then the most preferable and popular brand amongst celeb is Harry Winston. It has its headquarters in New York, United States of America. It is stated that the expensive diamonds used by the Winston jewellery is of premium quality.

Buccellati:-
Buccellati brand is well known for creating elegant jewellery which is made up of Italian gold. Its headquarters is situated in Rome, Italy. Rome is best known for its types of gold jewellery and if it is manufactured by Buccellati then there is nothing better than this.

Cartier:-
The idea of starting a jewellery business hits the mind of Louis-François Cartier and this is how he invented the company with the brand name “Cartier” which is one of the biggest brand in the world. It started its operations long back i.e. in the year 1847. Whenever people looking for something royal, the brand which suddenly hits the mind of the people is Cartier.

Van Cleef & Arpels:-
The brand was founded by Alfred van clef with his uncle salmon Arples. In an interview with Mr. clef, he describes how much struggle he faces to make it such a big brand.

Piaget:-
Piaget Brand established in 1874 by George Piaget in the village of La Côte-aux-Fées. In this village, he opened his first shop on his family farm. Now it has its headquarters in Geneva, Switzerland. 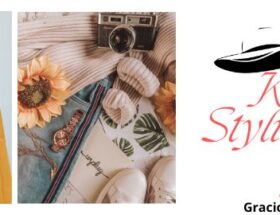