Navratna is a Sanskrit word made up of two parts: Nav, the number nine, and Ratna, the gemstone. It is significantly in use in religions of south Asia like Jainism, Buddhism, Hinduism and Sikhism. Astrology asserts that the nine planets in our solar system, including the sun and moon, influence a person’s life on Earth. These gems represent nine planets. Ancient people believe that wearing navratna jewellery changes the wearer’s life positively.

The origin of this marvellous combination is unknown; its popularity and beauty exist beyond India. This rare combination of nine gems has supernatural powers ascribing the constituents of nine gems. Each of these gems has a specific cosmic significance.

Listed below are nine gemstones and their significance in the life of their wearers :-

Ruby represents the sun, and its location is towards the centre, known as the Bhramasthana. People believe that ruby enhances the quality of vitality, leadership and purity as it represents the sun, so it is considered an answer to positive energy, power, longevity, spirituality and power.

In ancient times, royalty often used the stone to focus and sustain their leadership quality. The stone also kills negative energy and provides you self confidence.

The other name of this gem is ‘King of jewels’. It has the zodiac sign, Leo. Read more about Ruby Stone Benefits in detail.

It is the most precious among all gemstones, and it represents Venus. Venus as a planet represents beauty, love and feminine energy. People believe that diamond gems have power and marital bliss. Diamonds bring balance to such a person’s life by increasing charm, grace and artistic abilities. Generally, wearing diamonds benefits is considered safe. The zodiac sign associated with diamonds is Libra and Taurus.

Pearl represents the moon, with qualities like Peace, emotional stability, and creativity. Ayurveda uses natural pearls for its beneficial medicinal properties. In addition to improving emotional stability and mental strength, it can also boost friendliness and contentment. People who are in the creative field should have this stone. According to experts, you should wear this gem and other gems to avoid mood swings, isolation, and relationship problems. It represents the zodiac sign cancer.

It represents the planet Rahu and helps the wearer with addictions, drugs, adversities and alcohol abuse, etc. It brings a sense of clarity to mind and balances the external sources of information. It can focus the power of Rahu in attracting fame, positive energy, legal and political success to the wearer. By wearing garnet gemstone, you can divert excessive worldly desires and marital discord. It represents the Astrological sign Gemini.

It represents the powers of Shani or Saturn, which is one the mightiest and most fearful among all the planets. You should wear it with the combination of other planets to balance the emotional energy. One should also consider its size and purity. The star signs of Capricorn and Aquarius are related to Blue Sapphire. Because it is the most protective of all stones, it is good for treating depression and avoiding evil eyes.

It represents the planet Ketu, which represents its eye. Cat’s eye gemstone saves you from scandals and bad reputations. Unbalanced Ketu in your horoscope can cause doubt, uncertainty, poor concentration, and lack of insight. Please wear this stone under the guidance of an astrologer.

The Yellow Sapphire is a symbol of Jupiter’s quality. These qualities include luck, wisdom, wealth, wisdom and prosperity. It is associated with star signs Sagittarius and Pisces. One can feel self-pity and sadness when Jupiter is not controlling one’s horoscope.

Emerald represents the planet Mercury, and it helps the wearer become mentally alert and improves communication skills and cognitive control. There are many shades of green in Emerald. It is associated with zodiac signs Emerald and Virgo. It is regarded as a mild stomach ache remedy. 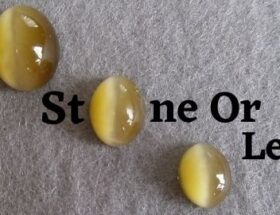 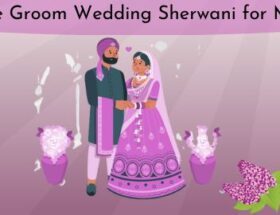